The Million Dollar Theater is the new Wonder of the World.

It isn’t just a landmark of the romanticized movie era, but an irreplaceable work of great art.

Think of it as finding Da Vinci behind a dining room wall.

However, its vacancy has left it torn, peeling, and covered up.

We will discover the hidden treasures in the interiors that only full restoration can reveal.

William Lee Wollett wanted the entire theater to tell a Victorian Fairy Tale, the King of the Golden River.

In this story, 2 evil brothers trick a young boy into melting a golden cup, summoning the West Wind.

Wollett used the entire theater as his canvas, with a mural going from the ceiling down to the auditorium lobby.

Characters from the story were sculpted all throughout the theater, with the West Wind on the proscenium. 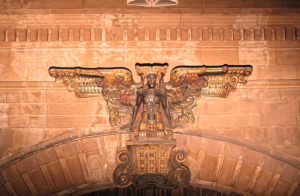 The building itself is a work of Impressionist Art, with classic figures from almost every entertainment tradition from the beginning of time.

The interior features a mix of Egyptian, Roman, Spanish and American Western elements.

The most spectacular mural is in the auditorium, with “Sail On” carved three times.

It is still shines, and hasn’t faded since 1918 because it was made of real gold. 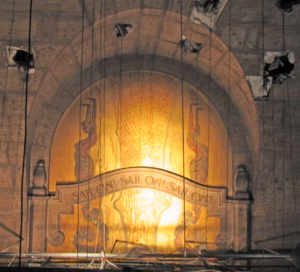 Imagine all these innovative inspirations coming together in one luxury palace.

One palace designed to take you far away from whatever troubles you have had.

You would walk in and be transformed.

Any event you have would have became much more special.

Today, it is waiting for us to have the imagination and vision to fully restore the theater and bring it to its 1918 splendor.

Imagine if the Million Dollar was alive again, thriving 7 days a week with thousands of people coming to Broadway.

Imagine the Million Dollar once again contributing to the economic and artistic activity of LA.

Play the game to make it happen.

Mock UX: Catch the eye of a low-attention span tourist, give them a taste of Broadway, and get them hooked for more!

Celebrities, jazz legends, actors, architecture masters.. immerse yourself in the luxury and unearth the rich history of Broadway in the early 20th century.

The year is 1931. You had just immigrated to Los Angeles, California.

Reading the Los Angeles Times, you come across this article and ad: 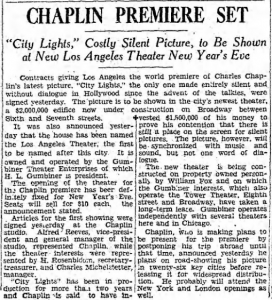 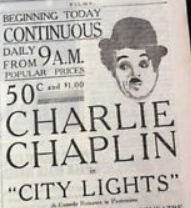 Charlie Chaplin? In real life? You have to see him.

It also the opening day of the Los Angeles Theater. You can’t believe your luck.

Today you will check out a Broadway Movie Palace for the first time.

You can’t wait to see Chaplin’s highly anticipated premier.  You even hear that Albert Einstein will be there.

Standing outside Broadway with a crowd of over 25,000, you get a glimpse of the icons.

It is here Einstein says to Chaplin: “What I most admire about your art, is your universality. You don’t say a word, yet the world understands you!”

Chaplin replies: “True. But your glory is even greater! The whole world admires you, even though they don’t understand a word of what you say.”

Walking in the theater, you are bedazzled.

For you, as an immigrant in the 1930s, this is the first time in your life that you experienced such grandeur.

Standing on the magnificent balcony is S. Charles Lee, the main architect.

He tells you that this is the last of all the extravagant movie palaces built on Broadway.

You are blown away by all the passion, beauty, and detail he has put into his vision.

Thanking him, he lets you into a special treat: never before seen architectural plans and a ballroom sketch.

He tells you all about the crystal chandeliers, marble, gold leaf, silk damask wall coverings, walnut paneling, the extraordinary fountain of marble and crystal, and the main stage silk drape depicting the incredible life of Louis XIV.

This is not the only movie palace. Each one is its own world.

You have to see more, and another one is just right down the street..

The date is February 1918, the grand opening of the Million Dollar Theater.

He is a sensation, with his name appearing all over the Los Angeles Times. 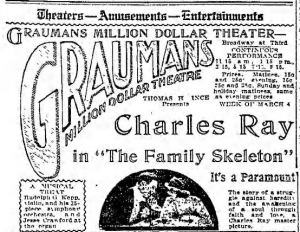 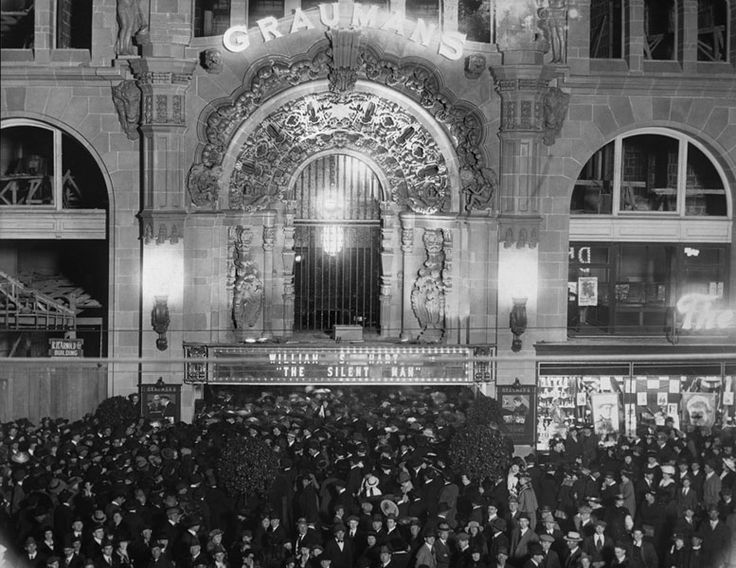 Amidst the hype crowd marveling at the new theater, you spot him and tell him:

“I can see your future.”

You tell him that he will also go on to build the Egyptian Theater and Chinese Theater.

You tell him that there will be a World War 2, which will end in 1945. Live entertainment will be on the rise, and the Million Dollar Theater will be renovated and modernized again in 1946.

You tell him the Million Dollar Theater will become the best destination to see B-pictures and double features.

You tell him the Million Dollar Theater will be the mecca for Spanish entertainment and jazz legends.

Future stars Cantinflas, Jackie Robinson, Billie Holiday, and Dizzy Gillespie will all leave their mark there. 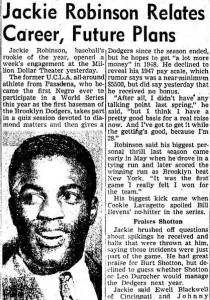 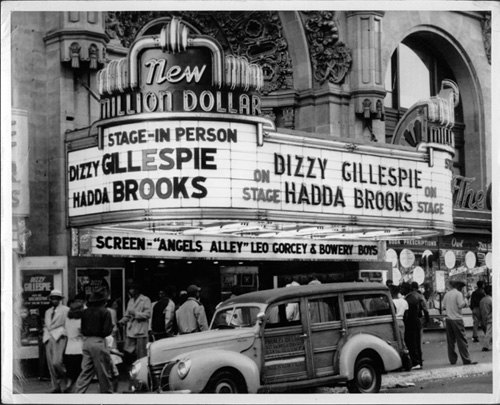 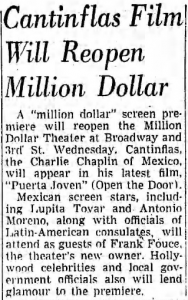 Grauman beams at you, proud to know that the theater will be a success and his legacy will last for decades.

Curious again, he asks: “How is the outlook like for the Million Dollar in the 21st century?”

You tell him you can’t see that far yet, but it is up to the citizens of the future to discover the marvel of Broadway and keep it alive forever.

Cantinflas speaking at the Million Dollar Theater in 2011: https://www.youtube.com/watch?v=2NFG4226sD8

Hidden Spaces in the Theater (2009): https://www.youtube.com/watch?v=xoI1Px6ysIY